To celebrate one month of the game being live Carbine has decided to gift its players with a costume item. Item is called The Facesnuggler and it is a head piece costume. This will be an Account Level reward (so, available to all your characters). All you have to do is to have applied a retail key to your account by 12:01AM PDT/7:01AM UTC, Monday July 7th. Item should be on your account, and ready to snuggle your face by 12:01PM PDT/19:01 UTC, Tuesday July 8th. You can see the screenshot of the item bellow or visit this topic on the official Wildstar forums to discuss this reward. 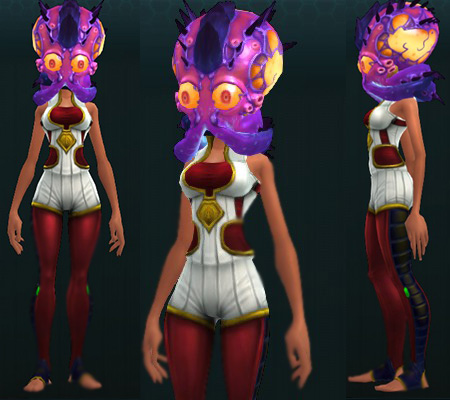 As you probably know Carbine team is testing out the upcoming content drop Strain on a new Public Test Realm (PTR) Nexus. The Public Test Server can be accessed through the WildStarPTR download http://wildstar.patcher.ncsoft.com/PTR/WildStarPTR.exe under the following circumstances: 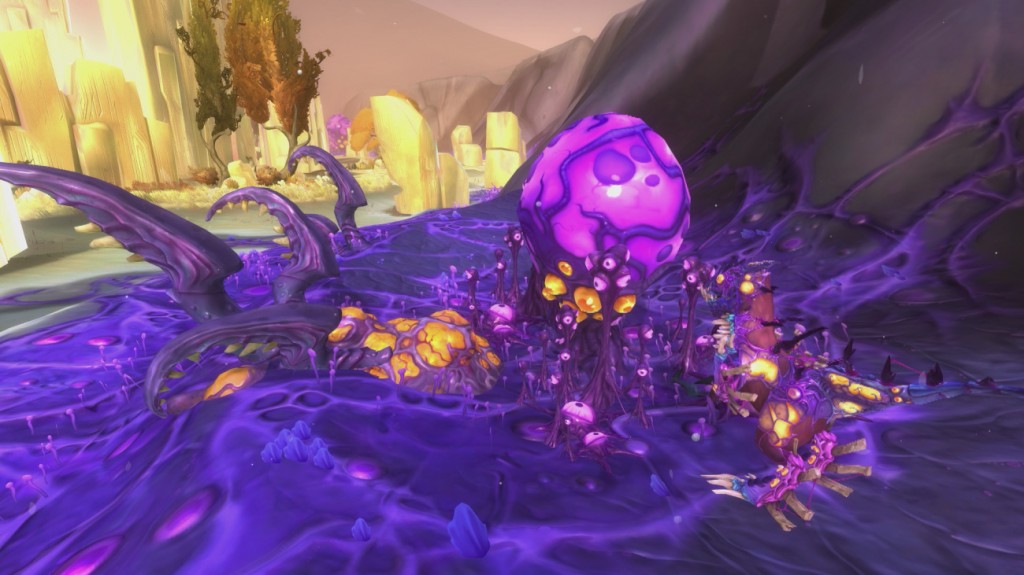 END_OF_DOCUMENT_TOKEN_TO_BE_REPLACED

According to Telliks, Carbine Studios Staff, Path Gear Vendors are coming soon in Thayd and Illium. Many WildStar players reported that they accidentally sold Path gear, and Carbine team decided to add some vendors in capital cities for both Exiles and Dominions that will sell lowbie Path gear for all adventurers. These new vendors will be added in during a future hotfix maintenance. unrevealed

C.R.E.D.D. MAY ONLY BE PURCHASED ONCE EVERY 22 HOUR PERIOD. Once Claimed, C.R.E.D.D. can no longer be gifted. Unused C.R.E.D.D. may expire if left on an account that has been without an active subscription for three months..

END_OF_DOCUMENT_TOKEN_TO_BE_REPLACED

Starting today, WildStar fans will be able to rename their characters for $19.99 once in any 24 hour period. Once purchased, you can claim your Character Rename from the Account Services interface or choose to gift it to any account-level friend on your friend’s list. Once claimed, a Character Rename can no longer be gifted.
Claimed Character Renames will appear on the in-game character selection screen the next time you log in. New name must conform to WildStar’s name requirements & be unique to your realm.

Craig “Cougar” Turner, WildStar’s Director of Operations, announced on the Twitch stream that they are preparing the server transfer for tonight, and will give further update tomorrow. There were some technical issues while they were implementing this feature on the live servers, and they’ve been working on fixing it, with the hope of getting it out for official launch. At the same time, they have to decide what their policy will be on payed vs free transfers. They want to discourage people from doing the ‘switch to temp server while queues die down then switch back’.

We’ve been talking about having Realm Transfers, we have a 2PM go/no go as to if we’ll have this going live tonight. We’ll have both paid and unpaid Realm Transfers for ya’ll.
Since this is real time information, there will be more details later. (source)

We’ll likely just prevent all paid transfers to the biggies (Hazak/Pergo) and never offer free ones there. (source)

WildStar realm transfer is available for $19.99. Players can move one character to a different Realm. Transfer can be realized between PvE, PvP, and RP servers, but not across regions North America to Europe. Once purchased, you can claim your Realm Transfer from the Account Services interface or choose to gift it to any account-level friend on your friend’s list. Once claimed, Realm Transfers can no longer be gifted. Claimed Realm Transfers will appear on the character selection screen the next time you log in to WildStar. YOUR CHARACTER’S NAME MAY NOT BE AVAILABLE ON DESTINATION REALM.