Adventures can be defined as an easy dungeon mode, similar to Wow’s scenarios, but with a numerous choices. Unlike dungeons, while playing Adventures, players should focus more on strategic elements: making a right decision and choosing the best path. 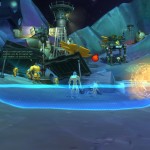 Riot in the Void 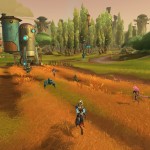 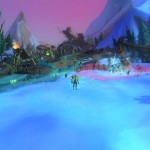 War of the Wilds


The first two adventures Riot in the Void and The Hycrest Insurrection distinct from others by their ability to let players vote for one of the given scenarios, several times during the adventure. After voting for one of the offered scenarios, you should complete your tasks as soon as possible, if you want your gold medal. Fact that there are a lot of sniper enemies spread among these maps makes it unique. In general, you should avoid as many unnecessary fights as you can.

War of the Wilds is described as MOBA style of adventure. Battle for territorial dominance against the five toughest champions in the universe! This adventure also introduces capturing various points / flags throughout the adventure. While this various tasks are efficiently done by splitting up the group, you can also defeat a couple of strong neutral creatures, but with the whole group. This is the most popular adventure.

The Siege of Tempest Refuge is tower defense adventure. Within this adventure you are supposed to defend your post versus incoming waves of enemies from different directions. There are 10 different groups and in each wave you’ll be facing five of them, in different order. This is one way of tower defense. The other way is using NPCs available at the start of adventure in your favor. Positioning them correctly on different spots, you can use their help during defense. These NPCs level up and get stronger during the adventure, thus, try to keep them alive.