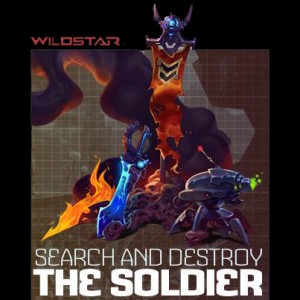 There are several types of missions for Soldiers. Swat missions have Soldiers using special weapons and tactics to accomplish specific goals. For example, Soldiers may find themselves using special grenades to clear pests in underground tunnels, or big “tesla coils” to clear them on surface. There are also protect and capture missions where you need to fight waves of enemies to complete a specific goal. In many ways Soldiers serve as the peacekeepers of Nexus.

ASSASSINATION:
Ever dreamed of being a hit man? Channel your inner assassin as you track down targets, put them in your sights, and rack up the body counts!

DEMOLITION:
Most problems can be solved with the right amount of explosives. Blow stuff up using bombs, grenades and other weapons of mass destruction. BOOM!

RESCUE OP:
Listen up, Soldier! We have civilians that have been taken hostage by the enemy, and we need you to get ’em out of there! Are we clear? Get moving!

HOLDOUT – CONQUER:
Are you ready to lock, load, and start taking care of business? Defend your territory against waves of hostile enemies. No guts, no glory!

HOLDOUT – SECURITY:
No one likes a thief. That’s where you come in. Defend your loot against dirty underhanded criminals, and crack some skulls with the hammer of justice!

HOLDOUT – FIRST STRIKE:
Hit ’em hard, and hit ’em fast! Strike your targets and destroy them before they call in reinforcements, then bask in the glow of your badassitude!

HOLDOUT – PROTECT:
Being a hero ain’t easy… but it’s time to step up. Defend allies against incoming waves of hostiles, ensuring they survive another day!

Progressing down the Soldier path will reward players with Titles, Items, FabKits, and unique Abilities.