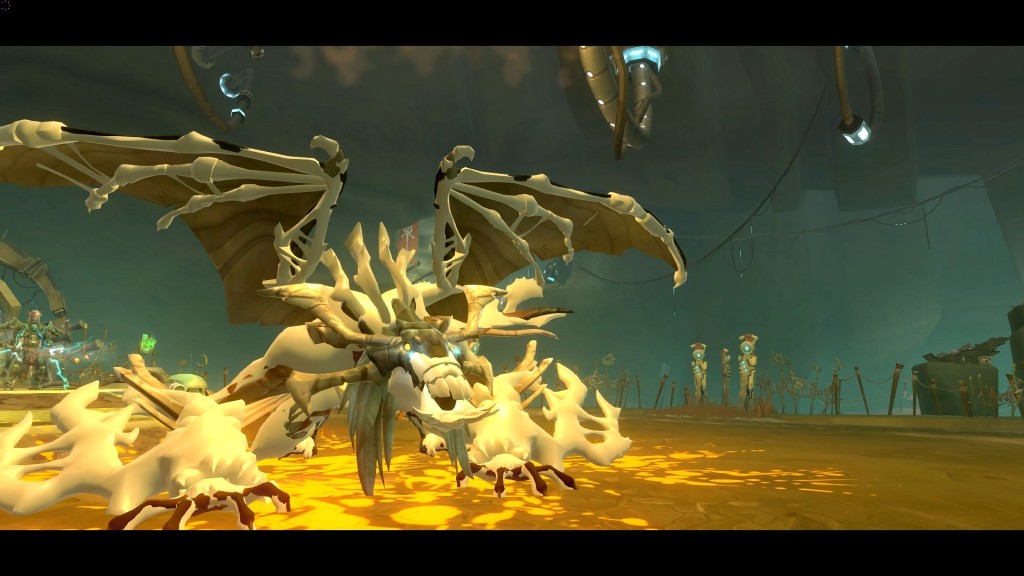 Stormtalon’s Lair is a Wildstar dungeon for players level 20. You can enter the dungeon at level 17, but it appears in group finder at level 20. This dungeon is located in the Exile zone Galeras, south of the Thunder Call Village. 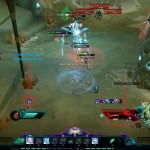 He has really nasty, stacking DoT, applying on every party member. Either heal this through by stacking for AOE heals, or clean this from time to time. Another ability he uses is Conduction, single target stun and continuous, massive damage. This must be interrupted or the target has very slim chances to survive this ability. He has interrupt armor of 2.

Shamans come in pair with Thundercall Sentinels. The only problematic thing with Shamans is their Rejuvenate healing ability, which can make fight with those two unnecessary long if it’s not interrupted. Focus him down first and interrupt every Rejuvenate. He has interrupt armor of 1.

First, don’t forget to kill patrolling Thundercall Storm-Weaver after you pull static packs before the boss returns, around the corner. This way, you won’t pull the patrol while fighting trash mobs. Next, don’t try to engage four adds around the Invoker, they are part of the boss fight, which has three phases. There is nothing to cleanse here.

Phase 1
Everyone should stay around the left Thundercall Channeler while tank stands in the middle between the left and the right one. Next to his pretty strong auto-attack, The Invoker casts Thunder Cross ability, represented by a cross-shaped telegraph, targeting the tank. If he is standing between the left and the right Channeler, only the tank has to dodge this (and melee if they are really close to the boss). Around 60% HP, the boss will disarm everyone and become invulnerable. In a few seconds the phase 2 will start.

Phase 2
A few seconds after he disarms you, all four Channelers become active. The Invoker starts casting Lightning Strike, targeting a random player. This player has to “put” the telegraph under the Channeler you are DPSing, since it deals significant damage to them (around 7-8k). At the same time, a Static Wisp appears, circling around the room. Player caught in it is stunned and takes damage periodically. Each time you kill a Channeler, 2 Wisps appear. Each Wisp has different direction and speed. Most of them are circling the outer ring and move slightly faster than those circling the inner ring. You should start killing adds clockwise, starting from the left one. This is because the last Wisp in the inner ring appears on that spot when you kill the last Channeler. All Wisps will continue to circle until the end of the fight.

Phase 3
Right after you kill the last Channeler, The Invoker will disarm everyone and become active, attacking a player with the highest threat, a healer usually. A tank can’t taunt, a healer can’t heal and DPS can’t damage for several seconds, unless they use a CC breaker or pick up their weapon on the floor. Another way to prevent this is to cast any buff that improves interrupt armor. During this phase the Invoker will continue casting Lightning Strikes, and he gains new ability – Electrostatic Pulse. This telegraph covers the entire room, with several safe zones in it – 5 at the edge of the inner circle, and a few more at the edge of the outer circle of the room. The problem is that safe zones are on the path of the Wisps circling around, so there is not much space to maneuver and dodge everything. 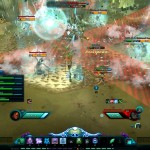 This telegraph is a summer breeze compared to what is waiting for you later. 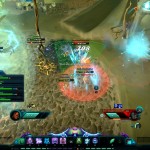 Spread around the Channeler and try to utilize every Lightning Strike.

A healer should zoom out and watch for wisps during the third phase, while staying near the edge of the inner circle. Minimizing the movement increases healing efficiency.

This fight has 2 rotating phases. He has interrupt armor of 2; therefore, 3 interrupts are needed. There is nothing to cleanse here.

Phase 1
Torrent – large circular telegraphs on every player. Just roll out of it.
Air Shift – Aethros dissipates and spawns three adds. They have no abilities, and deal moderate damage. After you kill them, you get ported to the beginning of the tunnel and phase 2 starts.

Phase 2
You have to run toward the boss, who’s casting Tempest, avoiding tornadoes (they throw you in the air dealing around 1.2k) and lightning strikes (3-4k plus knockback). You have 30 seconds to interrupt him before he wipes the entire party. It’s wise for everyone to put at least one interrupt on their action bar, and wait for more players to interrupt. After Tempest is interrupted, phase 1 begins. 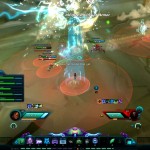 It’s not hard to dodge this, might be even easier if players group up a bit, so telegraphs are not spread around. 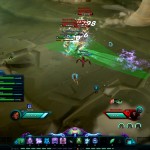 Just AoE these adds down and prepare for the next phase. 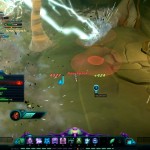 Like a mouse on the busy street, finding the safest route through the thick forest of people’s feet and cars. 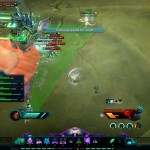 Just move away from the cyclone.

Clear every pack before you pull him so you could get more space to avoid his cyclone. Has interrupt armor of 2, prepare 3 interrupts. Nothing to cleanse.

Gust Convergence – Spawns three adds. Interrupt when you can to prevent being overrun. Deal with the adds before you get back to the Arcanist.
Manifest Cyclone – spawns slow moving cyclone. Just move the boss away from it.

Fight in 2 phases. A short cut scene will play when you enter the room for the first time and the fight will start as soon as it ends; if you are not ready to pull, don’t pass two totems on the left at the entrance. He has interrupt armor of 2 when he is casting interruptible ability. Nothing to cleanse.

Phase 1
Occasional lightning strikes (knockdown, 2-3k damage) on 2 players, it is easy to roll out of it. Cone telegraph in front the boss, everyone but a tank should be on one side. 10 seconds after the pull, Stormtalon does AOE knockback and casts Static Wave, collapsing circular telegraph toward him. You have to tap the corresponding get-me-out-of-this key, run to the boss and interrupt him before he finishes the cast and cover the entire room, dealing massive damage in the process.

Phase 2
Under 55-60% Stormtalon gains another ability where he knocks down everyone, announcing the name of the player (ELECTRICITY FLOWS THROUGH player’s name) and creates a safe zone around that player while the rest of the room is covered with a telegraph. Lightning strikes also target that player, so entire party has to move in one direction, best agreed upon before the pull, but close to the boss so melee can damage him. There are no Static Waves anymore.

During the fight, Stormtalon stacks a buff on himself. When it reaches 5 stacks, he unleashes multiple lightning strikes, following everyone. Just don’t stop moving until they cease to spawn. This ability is independent of any phase triggers. 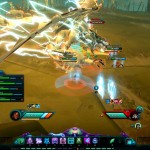 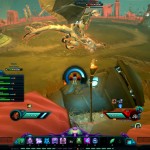 Phase 1: It is really important to interrupt Static Wave. 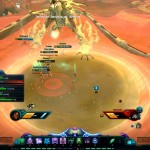 Phase 2: Around 50-60% HP, watch for the ELECTRICITY FLOWS THROUGH (name) announcement and move to that player ASAP. 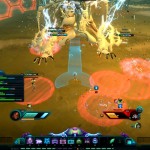