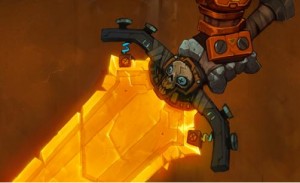 Drawing upon the power of these kinetic cells give Warriors access to a wide array of strategic technological capabilities designed to damage, disarm, or incapacitate their enemies. In short, the Warrior is a walking death machine, absorbing impressive amounts of damage while dispatching his foes by the dozens.