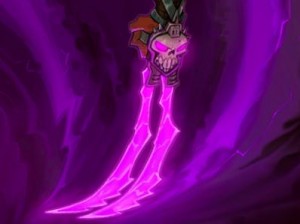 This interface also accelerates and enhances the Stalker’s physiological systems, allowing them to execute impressive physical feats and complex martial arts disciplines. These abilities, used in concert with a pair of well-balanced alloy clawblades, make the Stalker a fearsome opponent on the field of battle.Stalkers are also masters of tactical combat. Using their neurological enhancements, they strategically control the battlefield, utilizing combat hardware such as proximity mines to maximize their kill potential in each and every encounter. Their cerebral interface also provides real-time analytical data during encounters, allowing Stalkers to energize their clawblades based on their opponents’ greatest vulnerabilities. The result? During combat, Stalkers leave a pile of corpses in their wake before silently disappearing into the shadows.

Fearsome and strong Stalker is nor a stealth character that we use to see in other games. His main advantage is stealth, with bonus damage if you attack your enemy from behind, but he cannot be defined as a good-old-fashioned assassin. Stalker’s unique resource for devastating attacks are Power Suit Cells, which are regenerated by using some abilities during the combat. In combat, Stalker has a many CC attacks that make your opponent incapacitated and vulnerable.