Your task is to defend a generator inside a base, from Dominion or Exiles attackers, depending on what faction you are playing. Enemies can attack your base and generator located in western part of the map, from three different directions. They appear in waves, and you’ll have four waves of trash mobs, before a boss shows up. This pattern repeats five times. Enemies come on foot (groups of melee and range mobs), from the air (dropping bombs, mines), or drive vehicles (tanks loaded with heavy fire, explosives).

There are 10 different bosses in this adventure, but you’ll face 5 random bosses during one adventure run. Unlike previous adventures, which forced you to stay alive if you want a gold medal, this time you can dye as many times as you want, but dying too often causes the following penalties:

At the end of 5th wave, run back to the generator. Numerous adds will rush toward the generator in the last attempt to destroy it. This time you’ll have a help in a form of an airstrike attack. Everyone, including players, who are far away from the generator will dye.

If you fail in protecting the generator in western part of the map, you have to return to Skywatch in eastern Siege of Tempest Refuge. It’s much easier to protect this generator, but it means that you’ll receive only bronze medal.

The Siege of Tempest Refuge Entrance 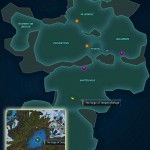 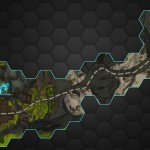 The Siege of Tempest Refuge Map

Gear rewards are level 30 in normal mode. There is a great chance of getting tradeskill recipes and decor items. Items like gadgets, purple quality armor and weapons are common when you fulfill gold medal requirements.

It’s hard to say what positioning is the best, since you’ll be moving from one entrance to another, while helping your friends, but it’s important when a new wave of mobs appears, your group spread out and cover all three entrances. Your healer and tank should be positioned close to middle entrance because that’s the place where each boss spawns.

During each round (4 waves of enemies and a boss) you get 5 Grunts (soldiers) that can help you defend your base. Once you interact with them, you can guide them towards one of the flags. They defend the area in the close vicinity of assigned flag. The grunts level up if they survive attack, and you can upgrade them into Melee, Ranged, or Technical Combat soldiers. Melee soldier has the best survival skills, and does huge damage, ranged soldier does great single target damage, and technical combat soldier has abilities to summon bots, dropp bombs etc. They all have upgrade number 2, which offers even more specific options. For example Range upgrade number 2 can choose between Sniper (this soldier gets sniper rifle) or Demolitions (this soldier gets rocket launcher). 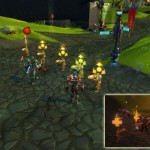 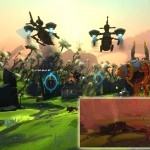 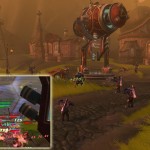 The End of The Siege of Tempest Refuge 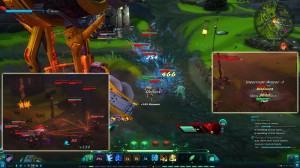 The Siege of Tempest Refuge Troops

1. Shocktroopers, Riflemen, Rocket Troopers group of 22k – 48k HP mobs. Try to pull them in a group, then use aoe attacks. Good damage dealer can solo them without a problem.

2. Sabouteurs approximately 24k HP. Defense turrets are temporarily disabled during their existence. They are stealth until revealed, or until they place a bomb in your defense turrets or generator. Disable their bombs as quickly as possible. They are always near generator and defense turrets.
3. Specialists are group of melee attackers, 66k HP, that use cc abilities like blindness.
4. Snipers are long range enemies 25k HP, that easily knockdown players, with no shield. 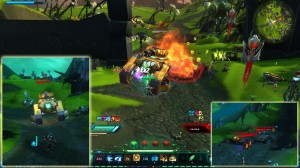 The Siege of Tempest Refuge Tanks

1. Assault Tanks (109k HP) They rush toward the generator, slow them down and destroy before they reach generator. Although they have large AOE telegraphs that occasionally spawn, you have to attack him all the time without dodging.
2. Hellfire Tanks 109K HP, deploy hellfire probes, that set everything on fire. They are usually guarded by Bomb Guardian NPCs.
3. Tank Bunker Busters are big cart loaded with explosives (300k HP). If it reaches generator, it’ll probably destroy it. This Tank and saboteurs are your priority #1.

There are 10 bosses available for each faction. Although they have different names, regarding which faction you are playing, they have the same skills. 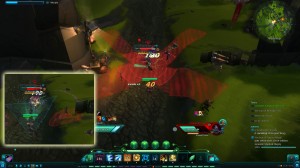 (264k HP, 75k Shield, 2 interrupt armor). Avoid his ground fissure telegraph (large cross around him) and Skull Splitter – small telegraph targeted toward one of the NPCs or players. If you don’t move away, the boss will jump onto that location and attack you. 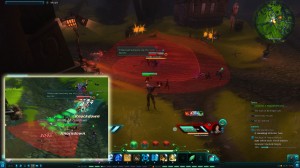 (153k HP, 105k Shield, 2 interrupt armor) Can cast frontal cone ability called Sonic Scream and AOE telegraph around him called Deadly Acoustics. IF you pay attention you can easily avoid at least one of his attacks. 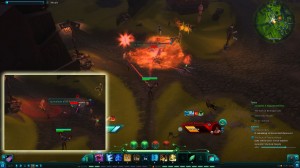 (250 k HP, no Shield, 2 interrupt armor) This boss does deadly fire attacks, drops fire bomb on players with aoe damaging telegraph around it – thus, run away from other players. Also, boss can buff himself with fire aura and chase players around. 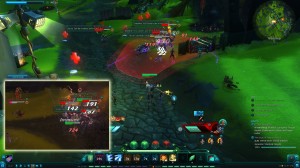 (approximately 98k HP, with 28k Shield mobs) Group of Commandos that simulate human-like intelligence, as they appear as warrior, stalker, spellslinger and etc. Be sure to pick up med packs before they reach them. 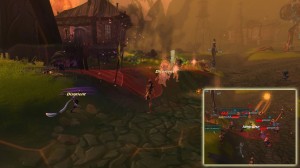 (212K HP, 39k Shield, 2 interrupt armor) She doubles herself with face in the crowd skill! Casts shadow darts – frontal telegraph that does small damage, shadow quake – AOE telegraph damage that disorient / blinds players who don’t move from it. It is crucial to avoid Shadow Quake. 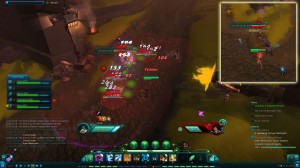 (243k HP, 63k Shield) Stalker match type of boss. Does huge amount of damage with Shadow Blink ability. Drops Shadow Mines. This 3.6k HP mines locks player in close vicinity of exploding radius (Tether CC). If you group up, you can AOE them easily, but you are more vulnerable to their explosion. 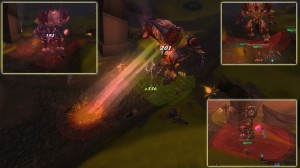 (264k HP, 51k Shield, 2 interrupt armor) With Exterminate ability this boss casts a laser beam that follows a player. Since it has a long cast, you can easily interrupt it. Ability Repulse Field create circle telegraph around Warbot, pushing away and damaging everyone around him. 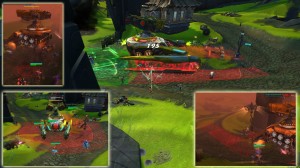 (229K HP, no shield, 2 interrupt armor) Run away from Missile Swarm telegraph because it’ll follow you as long as he casts the skill. With Pulse Burs he will knock you down. Shock Field attack makes a huge amount of damage and you have to move away from it. Exile Assault Probes explode once they reach a player. 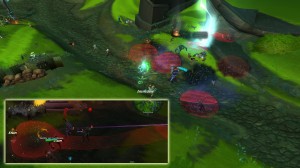 (265K HP, 71K Shield, 2 interrupt armor) Spellslinger type of boss. Can create telegraph field in front of him. Shortly after he blinks and stuns everyone in that area. Can drop couple of circle telegraphs in front of him, damaging everyone standing on top of them. Has large damage output.

1 thought on “The Siege of Tempest Refuge Adventure Guide”