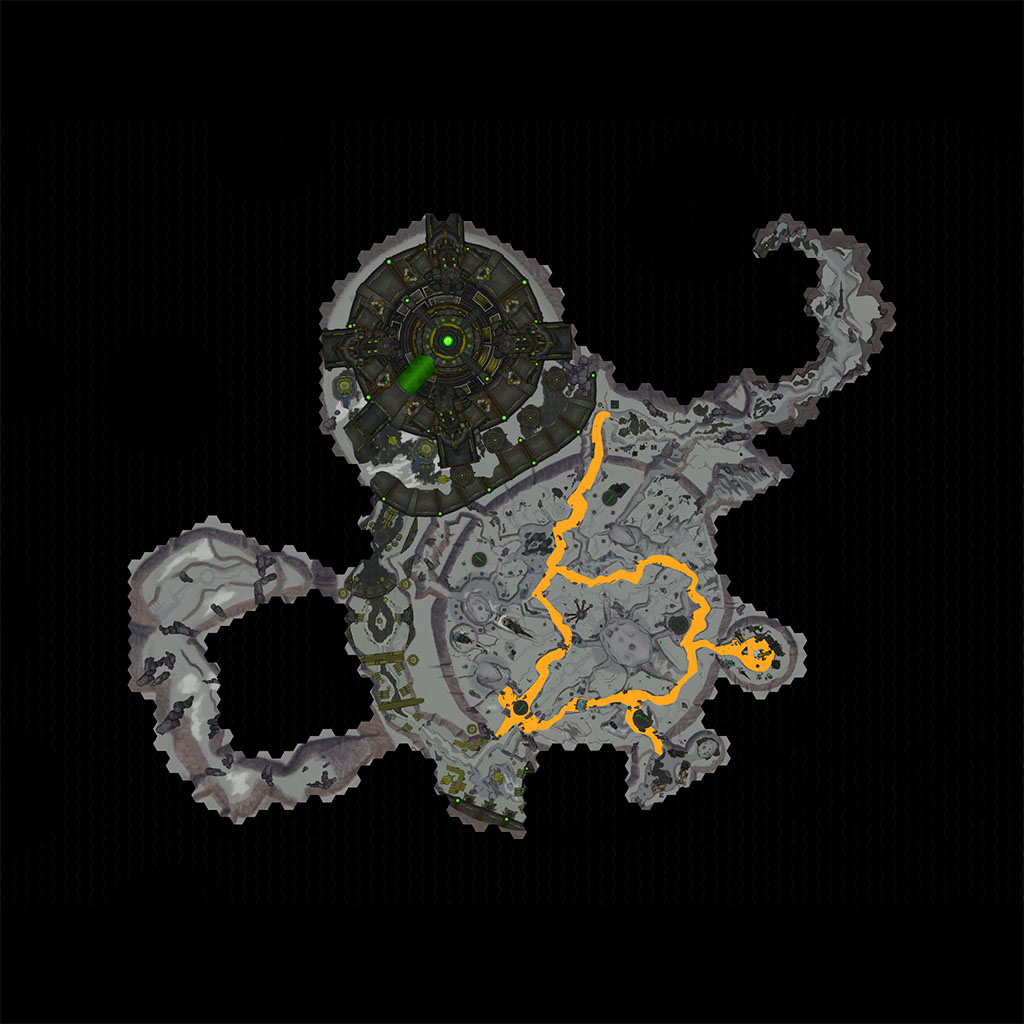 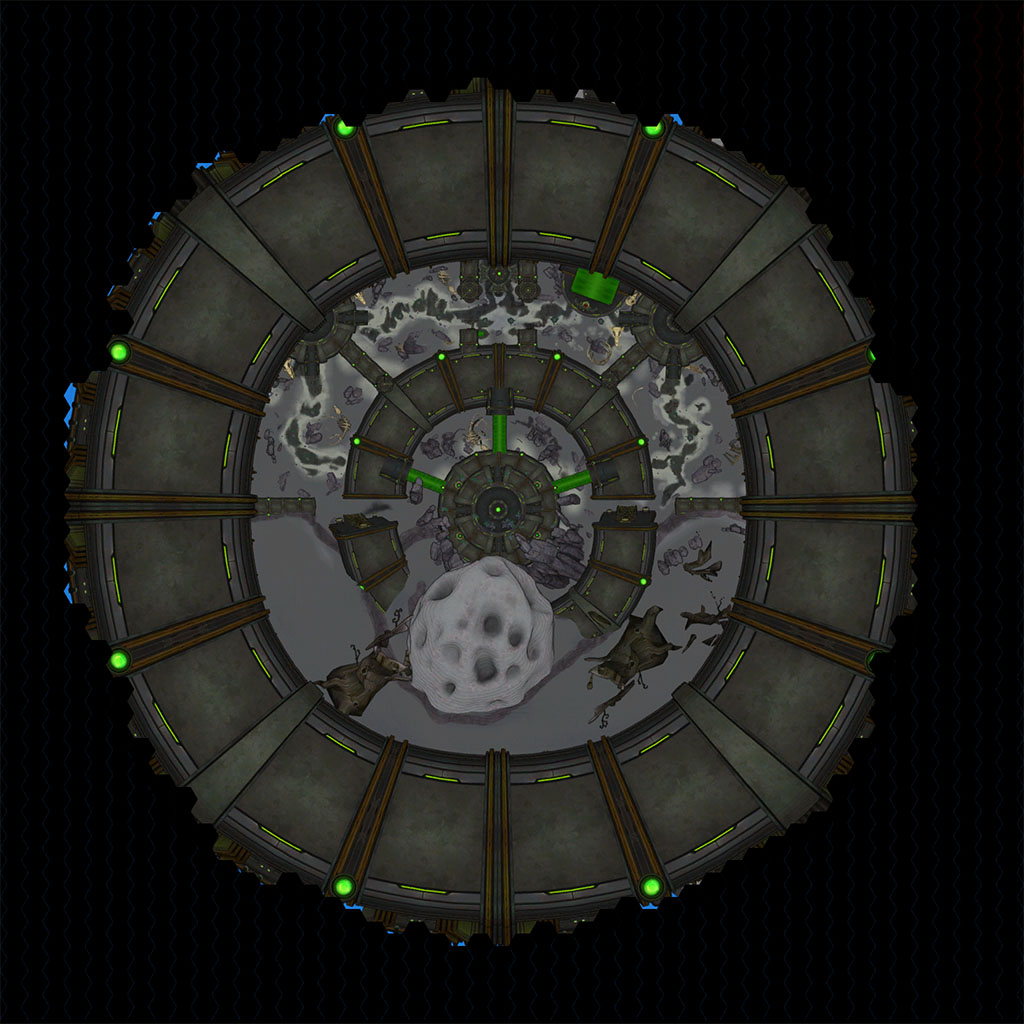 When the egg explodes in Dr. Mitchel’s face, I grab Vita’s arm. An octopoid abomination launches at his skull, curls tentacles around his neck, and peers at me with luminous yellow eyes. Then it draws Mitchel’s sidearm and shoots Gordon in the head. Karynn starts screaming but stops as another egg bursts and its occupant hurtles at her face. Gordon’s death proves to have been a lucky shot as the creature on Michel’s head starts blasting away in all directions, taking out people, eggs, and scuttling dark
forms without perceptible bias. More hatching all around us. Yelling at the rest to follow, I yank on Vita and drag her after me into the cavernous darkness.

She talks as we run. Something about preserving samples for our successors. We’d spent months deciphering reconstructed slabs of coded glyphs scattered across three continents to crack the archaeological find of the millennium, an Eldan facility tucked away in a cavern on Farside. We figured they’d chosen remoteness in the interest of purer
results or lunar mineralogical aberrations, maybe the expanses possible only in low-grav. Weeks without sunlight. The concept seems unreal, a shadow of a dream. Then we’d stumbled on this ceilingless vault of ribbed black rock, so misty and vast in dimensions we only noticed the eggs after trampling a few. Mitchel bending to take the temp of the nearest had been nine seconds ago.

While I check for signs of pursuit, Vita’s edged ahead. I hear her calling my name from the darker blot of the exit
tunnel ahead. I shout to head for the surface while I set charges. Her reply sounds doubtful so I force anger into my next effort and don’t hear her again. I backtrack. My goal is to keep them occupied, to buy her a chance. As I snap in a fresh clip, one of them jumps on my head.

Tentacles coil around my throat, choking me. Digging my thumbs into yellow eyes, I tear its thrashing form off, jam my gun in the small pucker of soft tissue under its chin, and fire. Drenched in slime, I probe the wounds
above my jaw from the tentacle-prongs. One puncture has slowed to a trickle but the right’s a gusher. I must hurry.

I head back towards the incubation site as eggs crackle open in the dark. I’m almost there when Mitchel’s body lurches at me, hands open as if in supplication. My first shot wings him. My second takes him apart. After which I hear nothing but my own ragged breaths. I check my gear, look up, and see pairs of yellow eyes. Thousands. Staring at me. They all charge me at once. Tentacles
wrap around my legs, reach around my throat, clutch at my limbs and drag me down. I’d been lying to Vita about having charges, but only the amount. Vast yellow eyes fill my vision, filled with hunger. Then I take my thumb off the detonator in my hand and dissolve into the sweet light of a billion suns.

No. of Collectibles required: 9