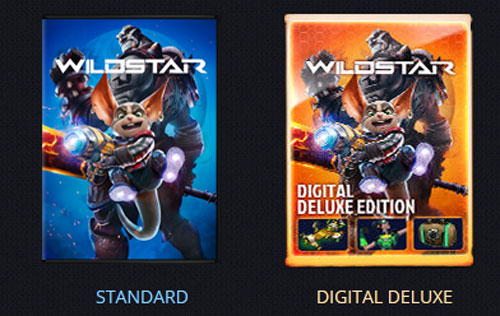 Starting March 19th, WildStar fans will be able to pre-order the game on Amazon, BestBuy, GameStop and other retailer. The game is offered in two packages, and while there is no official info about the price of the game, we dug out some interesting information:

This is still considered a rumor, but this sounds quite plausible.

The region you purchase WildStar in determines which servers you have access to (North America or Europe). WildStar does not support cross-region play.