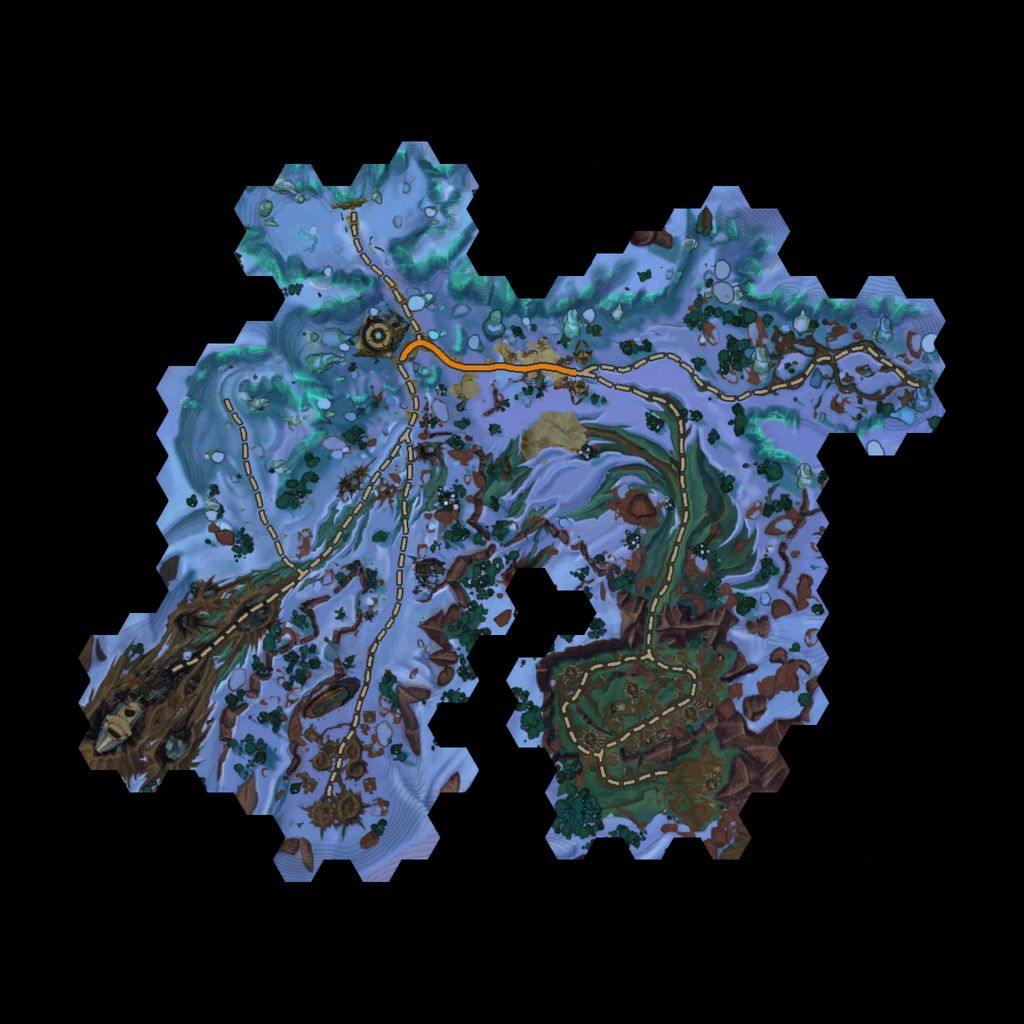 They got the others, my people what went on ahead. Got me, too, but I reckon I can just about toss this journal clear of the cauldron if’n I can keep it outta this soup. Amazin’ what a human body can withstand when injected with enough emergency pain medication. I mighta failed to bring a weapon, but by stars, I remembered plenty’a medishots. And it’s gettin’ pretty hot in this here cauldron already, I don’t mind admittin’

So, real quick-like. The little
blue bastards are Skeech, near as I can tell. Hell, it’s all they ever say. They’re a damned sight smarter than they look, too. This valley’s theirs, and they know it like the backs’a their scrubby little hands. They were corrallin’ us the whole damned time, makin’ us think they weren’t payin’ us no heed at all while they kept us movin’ toward this stinkin’ cave. And I mean that literally. This stew pot they got me in is right up next to this nasty-smellin’ hole in the
ground what looks to serve as their real home.

Yeah, reckon this here might just be the last entry I imagine I’ll be making in this journal, but so be it. I had a good run. Seen things no other Exile has, from the glittering star whales of Cetacea 6 to the Blasted Foundries to Nexus its own damned self, and I got no regrets. Except the fact them damned Skeech already cut off my throwin’ arm and have it roastin’ over a spit. That surely does hurt, no matter how
many medishots I dump into my system.

One last thing, assumin’ you’re an Exile sent to find me. I think my team’s still alive in that cave. Saw them Skeech haulin’ some suspicious-lookin’ bags into the caves, and them bags were kickin’ and screamin’ to beat all. If ya can help ’em, consider it the fulfillment of a dyin’ man’s last wish.