During Arkship EU 2013 we had immense pleasure of talking with Mr. Chad Moore, Lead Narrative Designer on Wildstar. His team and he are responsible for many different things in the game and keeping it all in line with the overall lore of planet Nexus and creatures that inhabit or try to conquer it. We managed to find out more about what a Lead Narrative Designer and his team do in an MMORPG where we have a completely new setting. We also managed to pick his brain about game mechanics that adhere to the lore buffs out there, so we discussed Datacubes, Journals and other lore collectibles and their impact on the player and his game experience. We also touched on the subject of the Scientist, path that has not yet been discussed in great detail.
We know the quality of the video could have been less blurry and we had additional technical difficulties, but I think the contents of the interview more than make up for it. We would like to thank Mr. Chad Moore for taking the time to talk to us and sharing some of his Wildstar stories.

It is one thing to watch an online video of a game being played and it is entirely different sitting down at a computer and actually experiencing it. When we first got a chance to play Wildstar at Arkship EU 2013 I saw that cutscene of a spaceship landing into Deradune on my computer screen (that we saw in the online video weeks before) and I got excited. 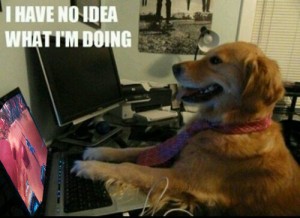 Deradun is a level 6-12 zone for the Dominion faction. You start out in a Draken village, which means you will do hunting and skull collecting right away. I started with a level 7 spellslinger and at first I felt a bit overwhelmed. I missed the introductory first levels and I felt like I had no idea what I was doing. There were quests to pick up and apparently some were part of special quests chains while others were your regular “run of the mill” quests. As soon as I exited the village I got more things to do in form of special Explorer missions and than there were challenge missions. Quite frankly I felt a bit overwhelmed at first. My OCD was telling me “DO ALL THE THINGS”, but within the first 15 minutes there were so many things to do that my poor brain felt a bit overloaded. Than I realized – I don’t have to do all the things. I can do the things I feel like doing at that moment.

END_OF_DOCUMENT_TOKEN_TO_BE_REPLACED

As some of you might know we attended a gathering of Wildstar websites in Brighton, UK, called Arkship EU 2013. We took this awesome opportunity to meet and talk to several Carbine game developers and staff. All of them are really nice and very knowledgeable people and we took the opportunity to interview some of them. Since the overall theme of Arkship was the ability for us to play the newly announced dungeon, Stormtalon’s Lair, we talked dungeons with none other but Lead Systems Designer, Mr. Christopher Behrens. Here’s the video of the interview and you can find the full transcript bellow:

END_OF_DOCUMENT_TOKEN_TO_BE_REPLACED 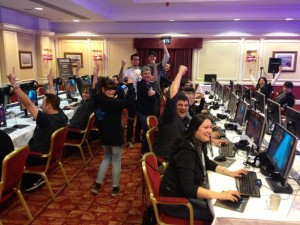 I was able to finally realize that we are going to play Wildstar in the next 24 hours while boarding the airplane that will take us to London. Hours before that were filled with preparation, working on getting the last bits of Wildstar Life ready and general pre-travel anxiety, so I did not take the time to saver the fact that we are going to be among the first few thousand people in the world to play this great MMO.

Heathrow, London, is where we met up with people from other fansitest and what followed during our drive to Brighton hasn’t stopped throughout this whole experience so far – constant talk about Wildstar. Guys from http://www.wildstaronline.de/, a couple from gamegate French gaming portal and Wildstar RP French Forum owner were all riding with us and we covered everything from what will we see during the event up to what kind of payment model should Wildstar adopt.

We arrived to a surprisingly sunny Brighton and got settled in a seaside hotel. We just had enough time to gather ourselves before going down into the conference room where we finally got to meet all the attending Carbine and NCSoft staff. Next several hours made the following abundantly clear – they are very enthusiastic about their game and they were genuinely excited about things that were happening. Yes, there was gameplay, but, I have to tell you, we spent a lot of time just talking to the devs and picking their brains about all the different mechanics we were seeing. I was very surprised by the fact that once you sit down and play the game it exceeds any expectations you had and playing it live, instead of watching videos of it being played, is much better than I anticipated. In the end, we were treated with killing a “world boss” Metal Maw. Killing this monster, that was initially created by the community, during a community event, in presence of the people that created it, made my day.